The world economy has been ‘globalising’ since at least the 19th century although a world war followed by a depression and then a second world war certainly undermined the process of globalisation for part of the 20th century. Globalisation picked up again after 1945 and accelerated in the 1990s after the end of the Cold War. The reduced cost of transportation allowed businesses seeking cost efficiencies to use global supply chains in their just-in-time production systems.

Globalisation opened up markets for businesses and allowed them to benefit from scale. It spurred on technological innovation and made many products more affordable. It has triggered economic development in large parts of Asia which has helped lift millions of people out of poverty.

After the Global Financial Crisis (2008) there was, however, a growing backlash against globalisation. There was an increased recognition that globalisation had created losers, for example workers in sectors that a country no longer specialised in. These people were not enjoying the growth that globalisation had brought to others and their frustration may well have contributed to the success of populist movements which led to Brexit in the UK and President Trump in the US.

The current pandemic might serve to further undermine globalisation. The Covid outbreak has curtailed the transportation of goods, led to the collapse of the oil industry, destroyed the travel and tourism industry and led to a collapse of employment. So, will the pandemic lead to de-globalisation?

When China and the other manufacturing nations shut down it sent a supply shock through the world economy. Just-in-Time productions chains came under pressure and reliance on production from China and East Asia caused some businesses to consider whether they needed to source more regionally/locally.

The pandemic might prompt a move towards shorter supply chains but there were already other factors pushing in this direction. On the demand side some consumers had begun to demand more locally sourced production to reduce the emissions from transport implicit in global supply chains. As more consumers wake up to the threat posed by climate change to the global economy this trend may continue.

The technological advance in 3D printing is a permissive factor which allows for more local production so that manufacturers can make parts without going through a long supply chain.

Changes in the political environment have also led to a questioning of over-reliance on businesses overseas. The growth in cyber attacks from countries which might not be considered friendly has made governments more cautious about who they do business with and the threats which might be posed by the takeover of domestic businesses. There is also the rise of populism already mentioned and the tensions this has created around trade. The US-China trade war may already have prompted some US manufacturers to reconsider their reliance on China as a manufacturing base. Similarly, some UK businesses have already had to develop plans to cope with Brexit which might involve more local production.

So, if the pandemic does accelerate a trend towards more local supply chains can this be balanced with the openness to trade that has been a feature of world trade in the last 50 years and which has bought benefits in terms of the lower costs possible?

The Covid pandemic has made this push for deglobalisation stronger and may well make us more inward looking but there is a paradox here. The virus has shown that it is international, and it will require international co-operation to defeat it. This not only applies to the development of a vaccine but, if one is found, to the production of sufficient quantities (over 6 billion doses presumably) to ensure the level of protection required to allow international travel to resume on a large scale.

There is certainly plenty for Economics students to think about. Globalisation has had a massive impact on the global economy and the pandemic we are living through may well provide an impulse toward deglobalisation. There are reasons to think that some of the factors leading to deglobalisation were already having an impact before covid so the pandemic might just be accelerating changes which were happening anyway. 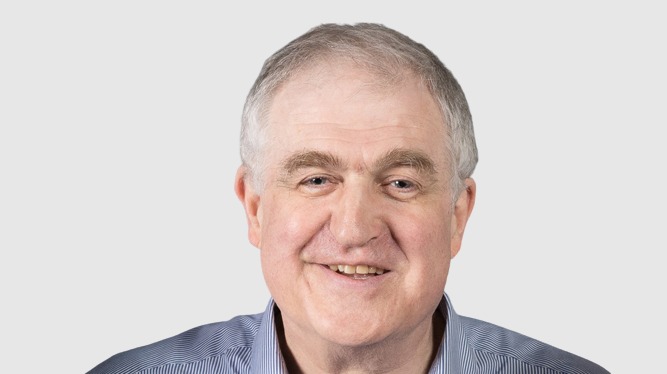